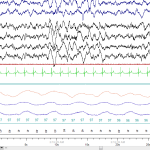 There has been a lot of discussions lately among certain circles about polyphasic sleep. It is a way of sleeping that differs from the “norm” by breaking up sleep into many phases, as opposed to one continuous sleep phase. There is not much official research into this practice by sleep researchers; it’s not their goal in research. However, there have been a few independent researchers of the technique that are not necessarily accredited in medicine or biology; thus, rendering their findings speculative and less than trusting.

On the other hand, there have been plenty of reports on the human sleep cycle. Many findings indicate that we sleep in intervals of 90 minutes. We simply repeat the 90-minute cycles throughout the night. Try it sometime. Make note of when you go to bed one night and when you awake. You should notice that, on average, that time is a multiple of 90 minutes. It may vary slightly based on how long it actually took you to fall asleep and whether or not you awoke during the night to go to the bathroom, etc.

My point is, be careful in your judgments when reading such articles on the Internet. This should apply to either side of the story. Personally, I trust sources like WebMD and Britannica more than unvalidated sources. Most research recommends that you should not interrupt REM sleep. And most research shows that we sleep in 90-minute cycles where REM isn’t achieved until after an hour. Therefore, it makes sense that 20-45 minutes may not be ideal for your naps. Maybe that is the problem with any studies that have reported poor findings for human health. Maybe they need to up the nap time to 90 minutes. 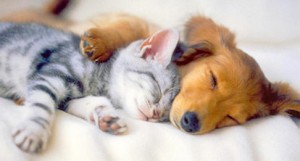 If you would like to try polyphasic sleep, I suggest a very simple technique to avoid interrupting your precious REM sleep during your cycles. Do not set an alarm clock. Your body should not naturally wake itself up in the midst of REM. It’s as simple as that! If you’re worried about oversleeping and missing work, do not go to bed so late. Go to bed early until you can better judge when your body will wake itself up. Go to bed much earlier than normal in the beginning and set your alarm clock for the absolute latest time to avoid being late. That way, when you naturally awake, you can just get up and spend some productive time in the morning before work; however, if you slip up and oversleep, you will have a back up to wake you.

Above all, use common sense and please, please, please listen to your body. If after 2 weeks, you are always tired and/or sleepy, add more time to your sleep schedule or exercise more often.

Here are sources of interest (notice the necessity of a 3-hour core sleep in most articles that praise polyphasic sleep):

So, you’ve decided that P90X is the workout and diet plan for you to achieve lasting fitness and health for the rest of your life. Excellent! You won’t regret making the commitment. Now that you’ve ordered the DVDs,…